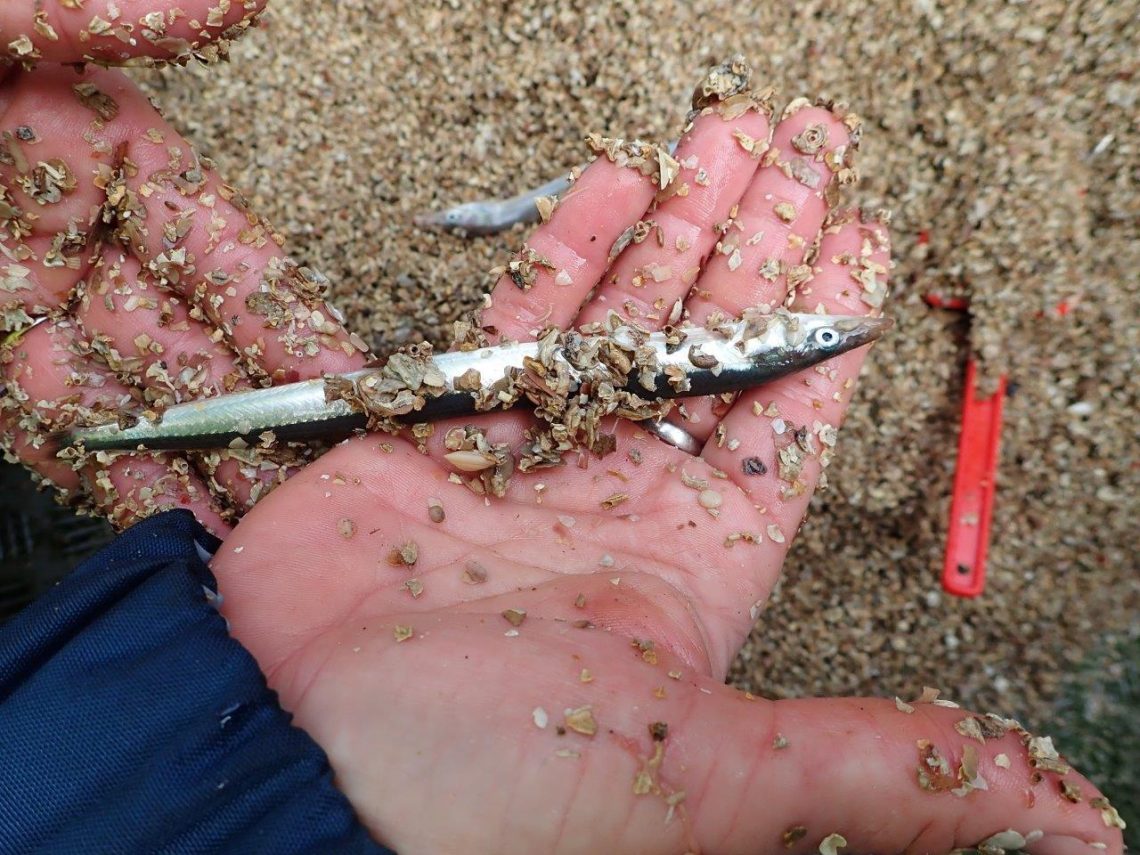 1 November 2022 – Caroline Durif , along with IMR colleagues Prescilla Perrichon and Elin Sørhus, went out to collect sandeel (Ammodytes marinus) broodstock off Karmøy. They were caught using a bottom trawl that dredged sand at around 50 m. In Norway, sandeel spawn in early January. They spend most of their time buried in the sand but come out occasionally during the daytime to feed on planktonic organisms. The broodstock will hopefully produce sandeel larvae which will be used to study the behavior of sandeel when challenged with anthropogenic stressors such as envirotoxins (e.g. oil), noise and electromagnetic radiation.