Back to Equipment & Techniques 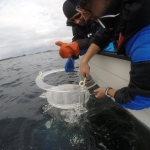 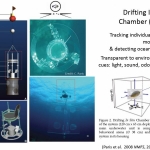 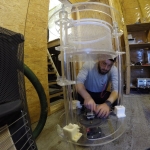 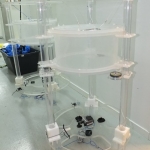 Time lapse video of a DISC deployment with glass eel

DISCs on their way to deployment

The Drifting In-Situ Chamber (DISC) was developed by the Claire Paris lab at the University of Miami’s Rosenstiel School of Marine and Atmospheric Science. It is designed to observe orientation behavior of larval fish in a Lagrangian frame of reference, with the observation chamber entrained in the larger flow. The DISC is equipped with cameras, a digital compass and tracking GPS, allowing behavioral observations to be made in the natural environments of the fish larvae. The DISC’s optical transparency removes any visual points of reference for the test subjects and allows researchers to assess the roles of temporal, magnetic or solar cues in larval orientation.

Please click on the images to obtain further details about this equipment.